Feeling socially awkward is something that everyone goes through once in a while. For some, this is just a matter of getting into a new situation where they don’t feel like they can be themselves. For others, social awkwardness is a lifelong struggle that severely hinders relationships, friendships and just about every other aspect of human interaction.

There are a number of social situations which lend themselves to more potential social awkwardness so learning how to become less socially awkward altogether can make these frequent occurrences seem less difficult.

These social situations won’t go away either, so do not think you can just avoid them—they are interviews for jobs, meeting new friends, large parties and gatherings, first dates, etc. They are situations that you will have to deal with if you want any semblance of a “normal” happy life. Unfortunately, being socially awkward simply means you feel that you don’t appear to be normal and for some reason, stick out or are unappealing to others.

Here are five helpful tips for overcoming your social awkwardness so that you land the job, get the guy/girl and live a happy, healthy & meaningful life:

1. It’s Not Just You. The first step to overcoming awkwardness is to remove the perception that you are the only person that feels like this. You are not. Not everyone is as smooth or confident as they appear to be. They’ve just learned how to deal with their social awkwardness, shyness and feelings of discomfort. They’ve learned little techniques to either overcome it or mask it, but either way, we can guarantee that you are not the only person in the world being self-conscious and feeling like you’re going to die of embarrassment.

The key to overcoming this is just to let go and see that others are just like you. They are worried their jokes won’t go over or that they look horrible in that outfit. Likely, it’s something so insignificant that it only matters to them—you wouldn’t be able to guess what is making them socially awkward.

Of course, this works both ways since they won’t be able to guess what’s making you awkward either. That’s because you’re over-analyzing and being hypercritical about something only you think is wrong. When you over-analyze the situation and how you are going to mess up, you only make things worse.

2. Be a Lemon. One of the most memorable characters in modern television is Liz Lemon, the socially awkward yet “adorable” main character on NBC’s 30 Rock. She’s bumbling and socially awkward yet she somehow manages to be strong and confident. That’s because she embraces her awkwardness and has made a life out of it turning her mishaps into comedy. In fact, take a look at almost any comedian and you’ll find a lot of their stories are about awkward situations and being human in them. That’s why we connect to them.

Connect to others with your awkwardness by turning it into a good sense of humor. Laugh about yourself and tell the story of the time you were so nervous on the first date you dropped a lobster on the floor. You’ll find that this will open other people up to share some embarrassing tales, making everyone just a little more comfortable. When you do that, people warm up to you and want you around more often.

3. Smile and the World Smiles With You. A super-simple trick for appearing socially capable is to simply smile wherever you are. Don’t grin or look simple doing it, but just give a warm, friendly smile. Practice in the mirror and ask a loved one how your smile looks. It shouldn’t be forced. When you smile, people smile back. They react in a more friendly way. Even when you’re walking down the street, don’t be afraid to smile. Of course, you could run into someone who is grumpy and asks you what you’re smiling at. Simply respond “Life” and see how it changes everything.

4. Don’t Be Interesting. In a social situation, many people put so much emphasis on being interesting. They want to appear to be the life of the party. They want people to like them. They want to be accepted. Don’t. When you over think being interesting, you often come off as egotistical or even pushy. There’s a simple solution here: don’t be interesting—be interested. Feed into other people’s egotism. Be genuinely interested in what they have to say. You will put them at ease which will make them like you and want to talk with you. They’ll walk away thinking that you’re actually the interesting one. Maintain eye contact and politely laugh and smile when appropriate. Ask questions and when you feel it’s time for you to share a little, do not afraid.

5. Eat with People. Finally, a super easy way to start becoming less socially awkward is to practice by dining with people. Whenever you are going out to grab a bite, invite someone. This is the easiest way to get comfortable with the fact that you’re going to be in situations where you are eating with others.

Previous How to Get Rid Of Gas Pains: 18 Ways
Next How being Grateful makes You Healthier, Happier and Richer? 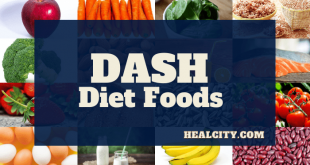 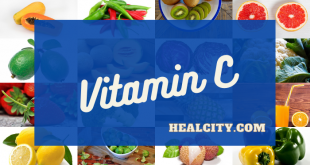 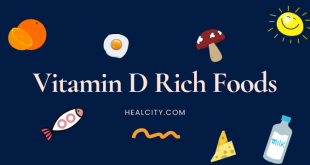 What are Some Good Vitamin D Rich Foods? 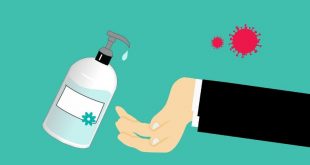 How to Prepare Hand Sanitizer at Home: Simple Recipe

Simple homemade hand sanitizer recipe that can be prepared easily at home with alcohol and aloe vera.